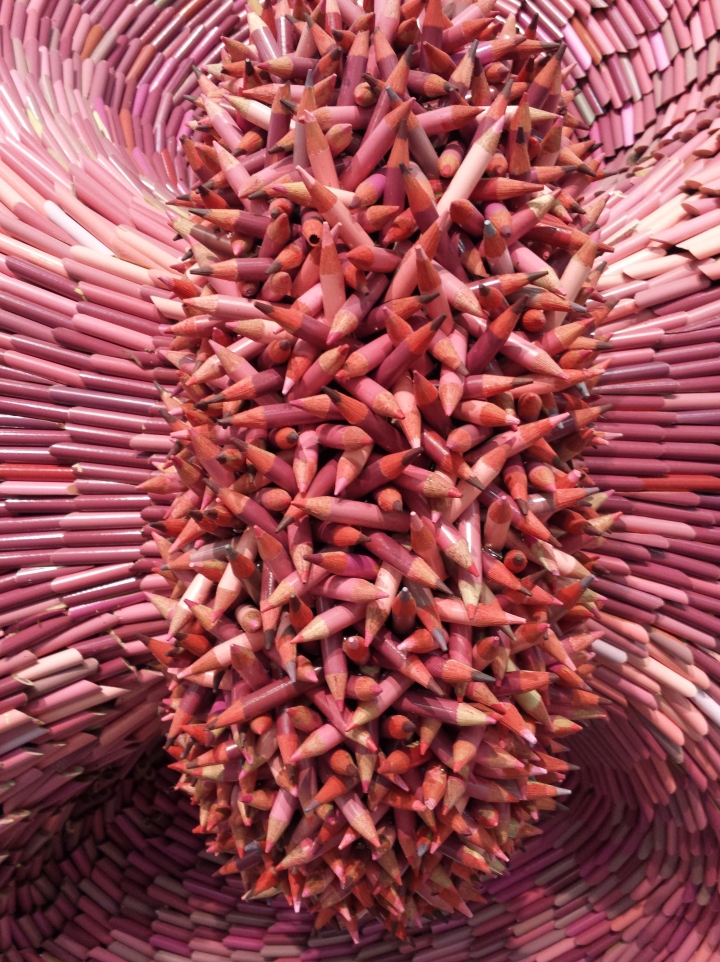 When I attend an art fair, I am often struck by how often I find connections to other contemporary work I have seen, and I wonder if the gallerist or the artist knows about it. My first thought is that the artist must’ve seen the other artist’s work and tried to do something similar. However, most of the time, the gallerist has never heard of the other artist, and the two artists didn’t know about each other’s work until after they created it.

The simple truth is that there is so much art out there, it’s difficult to be completely original, and there is a lot of similar work. Artists tell me this all the time. Although Picasso said “a good artist copies, a great artist steals”, a quote used all the time, artists don’t want to be known for either copying or stealing. However, it’s harder and harder to be removed from outside influences now that the world is getting ever so small thanks to the internet. Everything is easy to find online now, and mostly everyone has their own website. No need to go anywhere by foot unless you have to… right?

If you’re running a gallery, you have t0 go to art fairs to work, and it is rare to find the time to explore all the art that’s on exhibit. As an artist, you’re so focused on producing your work, that it is difficult to find the time to promote it. Neither artist nor gallerist really enjoy art fairs, but it’s a means to an end. If you are like me though, and work in an area that intersects the worlds of both commerce and production, then art fairs are fascinating. They are a great resource for learning about new art, trends, and pricing— once you get passed the feeling of being in a giant marketplace. So the value of going to these fairs is in observing and absorbing the information that is laid out for you. Learning about a new artist, connecting with people in the business, understanding pricing, and training your eye for what is good. Same with going to museums or galleries, but at an art fair, everything is laid out for you to find, all at once.

Without having attended AIPAD, I probably would have never realized that portraits involving honey was such a growing trend… isn’t there a shortage of honey?? All the following artists use honey in their work. I wonder if they even know about each other:

My point is not to glorify art fairs… in fact, I think there are too many. But I do recognize the value in them for me, which is to keep me informed. I meant to post on Art Miami New York (which is in fact in New York), earlier, but time got the better of me. It took place during the same weekend as Frieze, but got half the publicity. Nevertheless, in terms of the art I found, I would say that it was a much more interesting —and informative— experience! Below are the artworks and booths that stood out for me:

By the way, I just realized that Katelijne De Backer, former head of the Armory Show, is the director of Art Miami. No wonder it was so good!

2 thoughts on “Finding Value in an Art Fair”