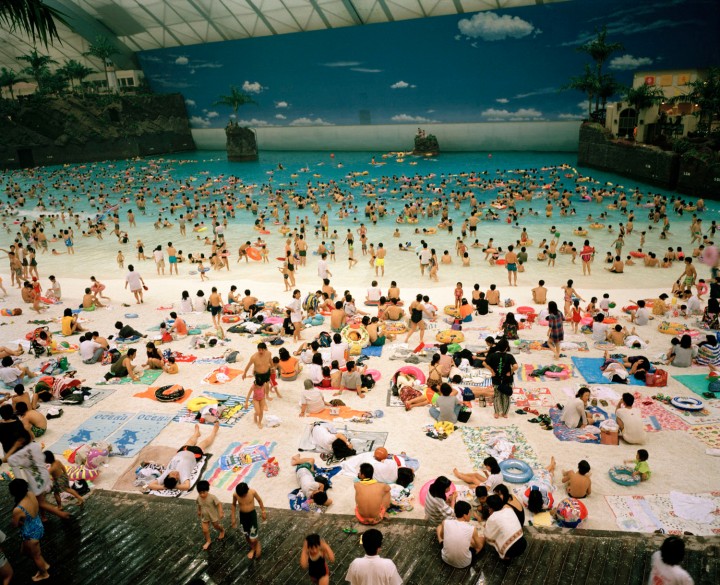 First of all, congratulations to the triathletes who competed last Sunday in New York! What a day for extreme athletics… it was probably the hottest day this summer so far. Now that all that training is over, it’s time to make it to the beach for some relaxation! I’ve noticed at every art fair that I’ve been to recently, there is always beach photography. It’s enough to make you start counting the minutes, hours, and days until the weekend. In the meantime —as you wait for Friday— I’ve compiled a selection of some great photography to hold you over.

I have to admit though, I’ve been wanting to show these images for a while. How many different ways can you make beach photography original? No matter how many images there are like this around, there will always be a demand for them. Why? Scroll down and see for yourself!

Christian Chaize‘s website displays photographs of this beach taken over a span of 10 years at different hours of the day. Together, the images are quite powerful testimony to the rapid changes in the environment due to climate. Below is the same beach 5 years later:

What a contrast…  Speaking of which:

I found Herb Friedman‘s work in Art Southampton. I’m guessing it was from the Tulla Booth Gallery, because when I went to research online to see where he was represented, that’s the only gallery I could find. He’s a great photographer, which makes me only more curious about him… he’s been photographing since 1969, and yet he only is represented by one gallery in Sag Harbor. Looks like he could use a little marketing!

After you scroll down to the last images, you’ll see that there’s a striking resemblance to Alex Prager‘s beach photograph.

I love Spencer Tunick‘s photographs- partly because they are remnants of a highly, involved performance. These (more than 1000) volunteers, like in all Tunick’s photographs, stripped down and followed his direction in order to realize his artistic vision. For this one in particular, Tunick was also making an environmental statement about the rapidly dropping water levels of the Dead Sea. Here is the video on the making of the series.

I had no idea that there was an indoor, artificial beach in Japan. But then again, I’m not surprised. This image is so great in so many ways: the composition, the saturation, which emphasizes the artificiality of the environment, the depth of field- giving the viewer the feeling of claustrophobia.

Love the name, “Insectarium”. Makes you think about perspective…

Maclean also has a bunch of great aerial photographs (not just of beaches).

Everyone in this photograph is interesting to look at. Now, doesn’t this image make you think of Herb Friedman’s?

Massimo Vitali… we’ve already established that he’s the master of beach photography. Yet, here we are, looking at 17 other images that look very, very similar. It’s all about branding.

I’m a big fan of Gigliotti‘s photographs, you can see more of them here.

So now that I’ve filled your mind with thoughts of the beach, what are your plans for the weekend?

I’d like to make a suggestion: Go to Union City, New Jersey (right by the Lincoln Tunnel exit) and check out the finished murals by the Fortoul Brothers. I promise, it will be worth it! (Also… that’s the next post!) 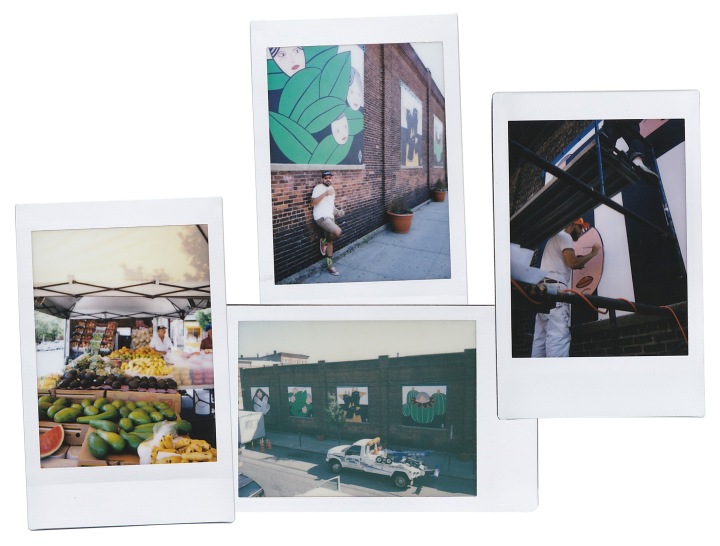 One thought on “Life’s a Beach”