In honor of a recent trip up to Williamstown, I wanted to spend a little time highlighting the legendary “Williams Art Mafia”.

There are very few schools that can claim to be the breeding ground for a mafia, and usually if they can, they wouldn’t advertise it. Williams College (my alma mater), however is one, and proud of it. The name “mafia” suggests something of a ruthless underworld organization, and so I’d like to clarify a few things:

1. It’s not the underworld, it’s the art world, and

2. it’s not even an organization.

Like a real mafia, however, there are Godfathers, and in this particular case they would be the three most influential art history professors at Williams:  William H. Pierson Jr., Whitney S. Stoddard, and the charismatic S. Lane Faison Jr., who was a fixture in the Williams art history department between 1940 to 1976. It is safe to say that current Professors Eugene J. Johnson and Edward Epping also have reached Godfather status.

Other than the “godfathers”, there isn’t much of a real resemblance to any secret organization or mafia, other than the fact that they’re killing it (sorry, couldn’t help it) in the artworld! A handful of alumni who studied under the three professors gained fame as world renowned curators and museum directors: Thomas Krens (Guggenheim), Glen Lowry (MoMA), Kirk Varnedoe (MoMA), Joe Thompson (MASS MoCA), James Wood (Art Institute of Chicago), and—one of the few women in the group— Nancy Spector (Guggenheim). James Wood once mentioned that it’s a “mystery how this all happened” because most of the group didn’t even come into contact until after college.

It happened mostly because of Pierson, Stoddard, and Faison, but it also happened because of the setting. Right in the middle of the Berkshires there is The Williams College Museum of Art, The Clark Art Institute, and since 1999 there’s been MASS MoCA, started by Tom Krens and Joe Thompson, which is inspiring a whole new generation of the “art mafia”: 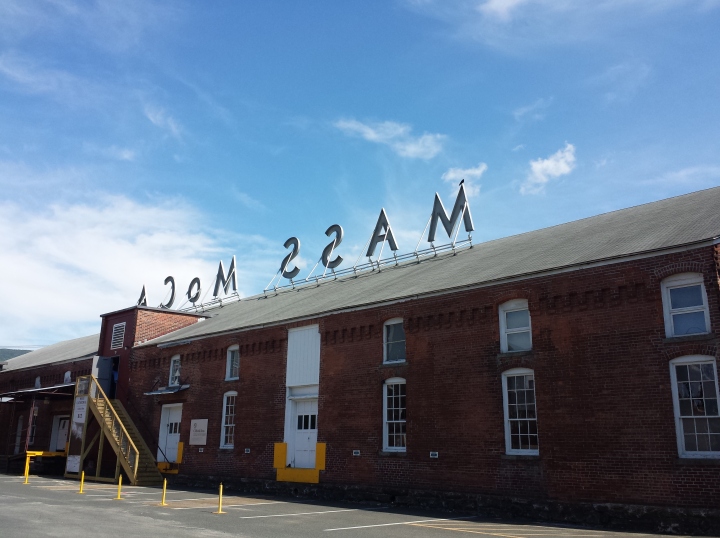 Notice how it’s been mostly a “boys club” with the exception of a few people like Nancy Spector, and it almost always references the same graduates of the 60s and 70s. Sounds to me like this “organization” needs a little updating!

Below are the makings of a new mafia:

Eve Biddle and Bowie Zunino, founders of The Wassaic Project:

This is probably the best view in Chelsea!

Fresh from working as the director of Yancey Richardson Gallery in Chelsea, Walker is focusing on the facilitation of new artist projects + advisory for clients in their acquisition of contemporary art with his art and advisory company. Currently, his exhibition “Z” is on view until July 12th at Pioneer Works in Red Hook, Brooklyn.

Also, if you’re stuck in the city and need a little stay-cation, you can take a quick Amtrak ride upstate to Hudson and Catskill, NY to see an unusual contemporary art exhibition curated by someone else who was affected by the “Williams Art Mafia”: Stephen Hannock, who lives in Williamstown!

River Crossings (click the link to see my article about it in Cultured Magazine) is a contemporary art exhibition curated by Stephen Hannock and Jason Rosenfeld in the historic homes of Thomas Cole and Frederic Church- the founders of the American Art Movement.It features the work of artists who have become a part of Hannock’s life and influenced him in various ways, such as Chuck Close, Cindy Sherman, Jerry Gretzinger, and Gregory Crewdson. You can find a small picture of Hannock with Professor Lane Faison (whom he gives credit for his transition into a full-time artist) in his Oxbow painting.

Earlier, I said that part of the reason for the formation of the “art mafia” was the setting, and I would argue that the same power that the Hudson River landscape held over the artists of the first American art movement could be used to describe the inspiration the Berkshire mountain landscape produced in many of the art history students studying under Pierson, Stoddard, and Faison in the 60s and 70s.

It certainly inspires me…

In an upcoming post, I will describe the latest project of visual artist, and Williams alum Marko Remec, who is working on reviving the mafia!