I left the last post with images from Miami Art Basel, the last major art fair of the year, which is usually a good barometer for what the state of the art world is in. And by the way, to give you an idea of how popular Art Basel Miami Beach has become, if you’re talking about the original Art Basel, you have to specify “Art Basel in Basel“, because otherwise, it’s MIAMI.

This year the fair had much more of a celebrity-vibe to it, more of a focus on living artists, and the main convention center itself seemed to be more curated. I asked Alex Acquavella (of Acquavella Gallery) if he thought the fair was better this year than those in the past, and he said (I’m paraphrasing) “I think people are nervous about sales, and are putting in a greater effort.”  Acquavella Gallery of course isn’t and shouldn’t be nervous, but this was very interesting insight indeed.

Purchasing a booth at the convention center is a sizeable investment, which doesn’t even include airfare, hotel rooms, and shipping costs. Nevertheless, the profits made during this fair can represent a large portion of a gallery’s annual revenue, which is a good reason to put on a good show.

Next year’s Art Basel will take place between November 30 to December 4th, so if you plan on attending next year, this is probably the best time to book for the best prices!

Speaking of hotels, the brand new Faena Hotel Miami officially opened right before Christmas. Possibly the most beautiful hotel in Miami, the Faena is bringing back the old world glamour of hospitality (all the guest rooms, 111 of which are suites, have dedicated butler service) that has recently been lacking in many new hotels. 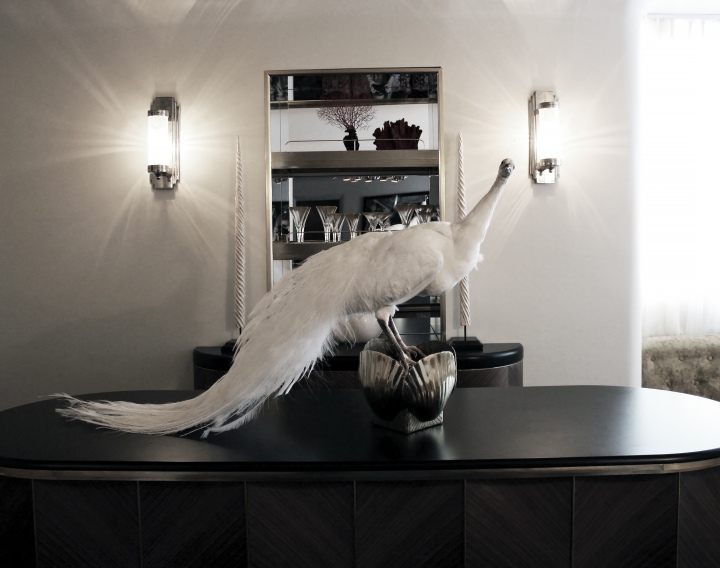 Its’ also a perfect new stage for exhibiting art, like Juan Gatti’s luscious murals in the grand lobby: 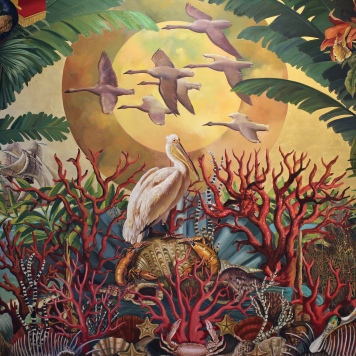 And Damien Hirst’s gilded, woolly mammoth “Gone, but not Forgotten”, worth $18 million:

Which gives you another sense of the transformative effect of art in Miami- it’s inspiring new cultural districts (Faena Arts District), art-centric real estate developments, and establishing itself as an important player in the art scene.

Here are some highlights (in pictures) from the satellite fairs:

As usual, Design Miami was a magnet for architects, and this year a space was dedicated to the 2015 Design Visionary award recipient, Swiss designer Yves Béhar, which showcased his humanitarian projects that distribute laptops and eyeglasses to underprivileged children. One of my favorite booths was designed by Katie Stout, who has brought to life a fantastical girl’s bedroom on behalf of Cultured Magazine: 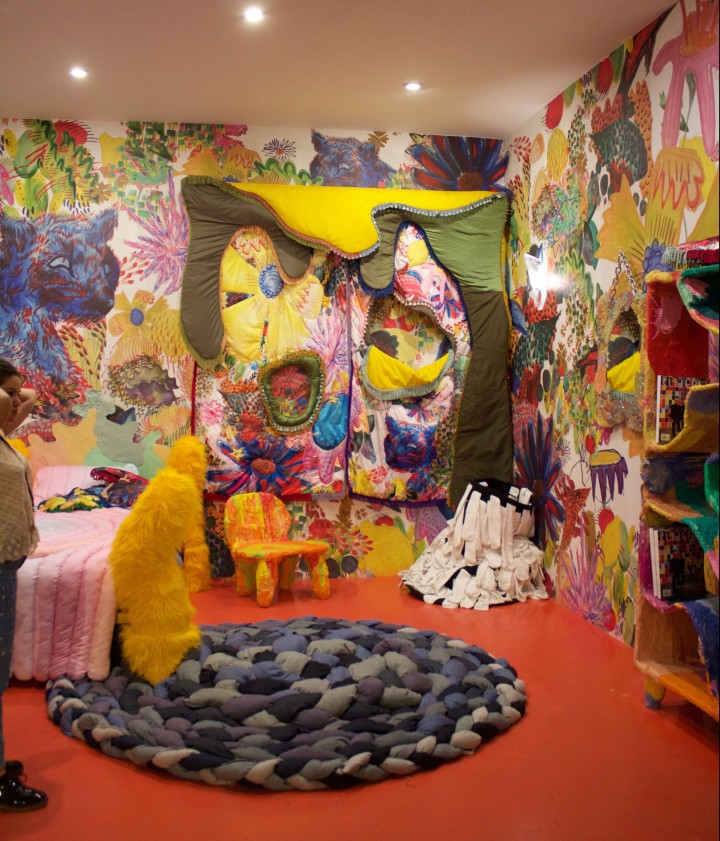 R & Company had a great booth as always, and was showcasing The Haas Brothers’ Afreaks project, which also happens to be a humanitarian project, promoting local artisans in South Africa. 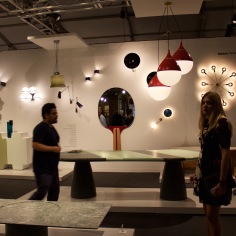 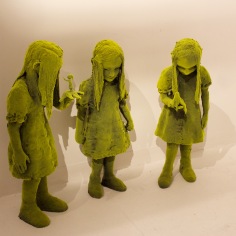 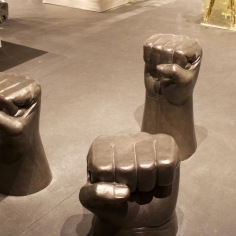 I said to Fab (we’re on a first name basis now), “How did this pairing come to be? Seems so unusual,” referring to the juxtaposition of a hip hop artist and … Peggy Guggenheim, the biggest collector of modern art. He laughed and said that actually he’s been very influenced and inspired by art history. And well, he’s been a big influence to multiple young artists himself, so it’s all a cycle, and not really that unusual at all. Remember that the sub culture that he was a part of in the 70s is what brought us Keith Haring and Basquiat among many others, and continues to be a rich inspiration for fashion, art, publications, and dance. 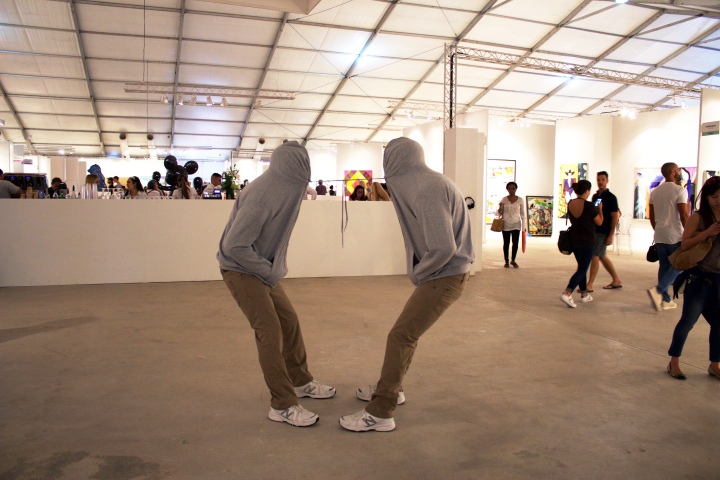 So big! Almost too big.

Nick Korniloff, Fair Director and Partner of Art Miami LLC, said “this year was a level above any in our 26 years of Art Miami.” “We saw the highest level of quality artwork ever on exhibit for acquisition at Art Miami.” While there was a prevalence of works by artists such as Frank Stella, Joan Miró, Alexander Calder and Roy Lichtenstein, there also were surprising works by younger artists, like these beautiful ceramic pieces by Amber Cowan: 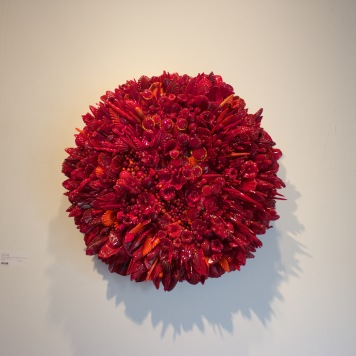 and LEGO art. So much more LEGO art at Miami than I’ve ever seen. I thought Nathan Sawaya was the only one! I guess he’s done a good job of elevating the status of the LEGO brick: 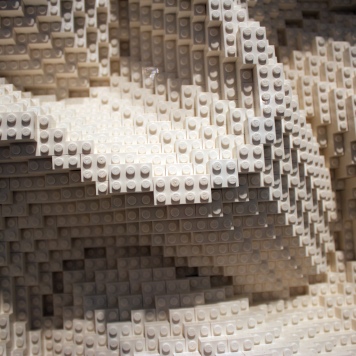 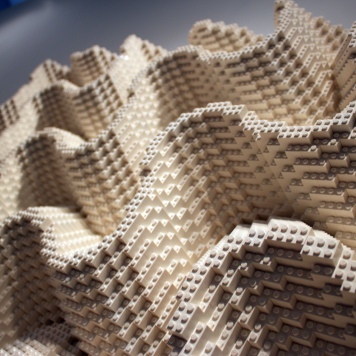 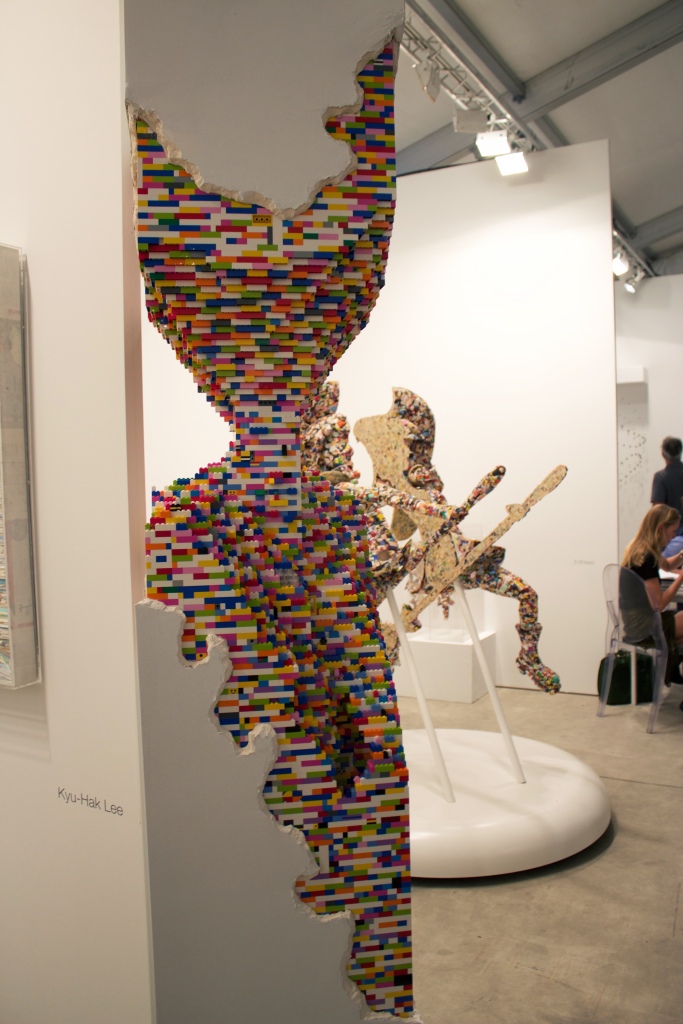 SCOPE was definitely the most hip-hop-centric fair, with an interactive lounge space inspired by the upcoming VH1 original movie “The Breaks”, which is about the rise of hip-hop in early ‘90s NYC…

I also found these great pieces by Drew Leshko… which I want!

PULSE was the best of the satellite fairs, in my opinion. I’m biased towards photography, however, and PULSE seemed to have some of my favorites as well as artwork that I would want to collect for myself: 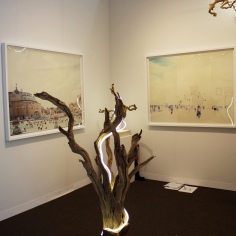 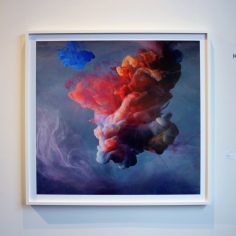 To be perfectly honest, I really only went to Miami Projects to see Laetitia Soulier‘s new work. She is one of the most talented, young artists that I know. I’m happy that her talent has finally been recognized by galleries, and lucky Claire Oliver is now representing her.

Back in 2011 I wrote an article on her in artWIRTH that described her process, which included discarding the models she meticulously builds for the photographs. Originally a means to arrive at her intended vision, the models now complement the photographs as individual works of art, which is what they are: 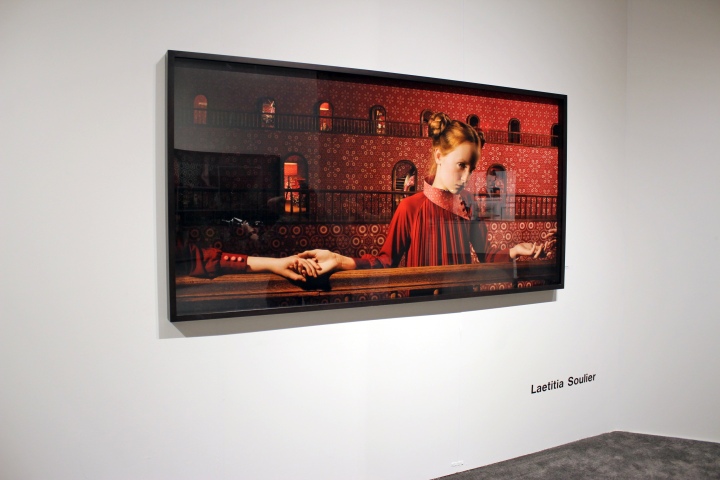 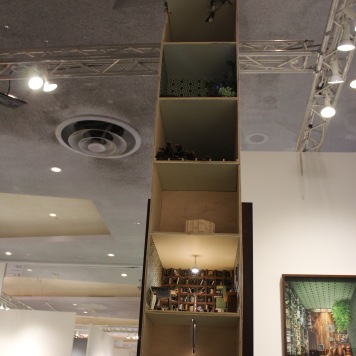 The side of the exhibit wall 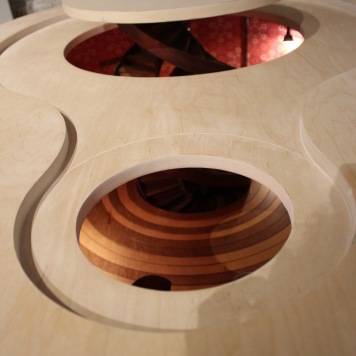 The top of one of Soulier’s models

So big take away about the state of the art market based on the last, big international art fair of the year? It’s very healthy! haha. There’s a lot more attention being placed on craftsmanship, on detail, ‘street artists‘, and large works. In the last few years, many of the smaller works were selling faster, but now it’s the larger artworks. Everyone wants the big, big, BIG.

While 2009 was a better year to start investing in artists, now there seems to be more confidence in the market, and people are realizing the value in art. Based on what we know from this year, the value extends beyond the financial to the symbolic, and can be seen as snapshots that represent moments in time.

and thank you for your readership. See you in 2016.

Monday night magic ✨
Celebrating the beautiful bride to be! Friends for over 30 years 😳❤️
Art + Home
When you grow up in a home surrounded by art, it becomes a part of you.