As I watched one man rapidly peeling oranges on a machine with a table clamp, and the other handing us the coconuts he prepared with straws poking out, the combination of the heat, the fruit stand, and their heavy Cuban accents convinced me that I was thoroughly disoriented. Wasn’t I at Port Authority in Manhattan just 15 minutes ago?

In early July, Gabriel Fortoul —one of the Fortoul Brothers (not twins)—told me that he and his brother Isaac were starting a large mural project on the side of the old NJ Transit building on 29th st between Bergenline and New York Avenue in Union City, NJ. It would be the first project of the kind in Union City, and they were hoping it would help inspire a kind of artistic renaissance in the area. The Department of Public Works currently leases the building, but they are in the process of vacating, which will leave the building empty with no immediate plans for its future (hint hint: arts building!!). I’ve always admired the Fortoul Brothers’ positive energy and their enthusiasm for what they do (painting, fashion, design, video), so it didn’t take long to convince me that I had to see them in action. 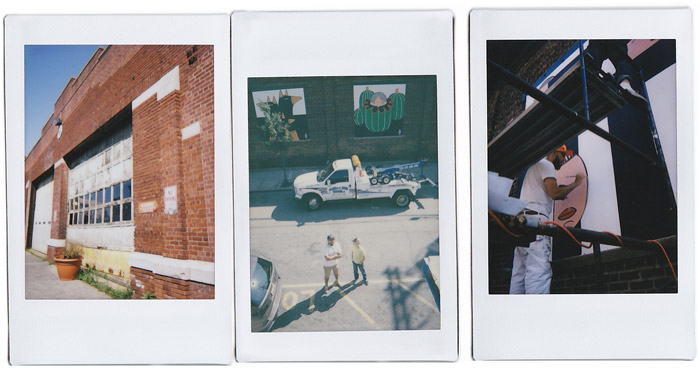 Now… getting there… To be honest, it’s not a place you can just carve out 2 hours of your day to go see. However, this is mostly due to the fact that once you’re in Union City, you can’t help but want to explore this fascinating place; its history is rich with multicultural influences that date back to 1668 when the British granted what was then Bergen a new town charter. Waves of immigrants from the 17th century up to the 2000s include (in order): Dutch, English, German, Irish, Polish, Armenians, Syrians, Eastern European Jews, Italians, Swiss, and Austrian. In the late 60s, the predominantly Italian population made room for thousands of Cuban refugees who were fleeing Fidel Castro’s Cuba, which led to Union City’s nickname Little Havana. Now Union City’s population is mostly Latin American, with groups from the Dominican Republic, Ecuador, South and Central America.

No wonder I felt like I was in another country!

The Fortoul brothers are themselves Colombian, but grew up in Union City, and own a gallery in Phoenix, Arizona called “40 Owls” (it comes from their last name: Four-‘T’-OUL). Their combined experiences are evident in the works, which often depict images saturated with metaphors for life, and make bold statements with their monumental minimalism.

Just a quick comparison. This image is from Google Maps, showing what the building looked like before the murals:

Notice how the bricked windows are just begging to be painted on. Below are photos of the 12 murals, but you should see them in person! 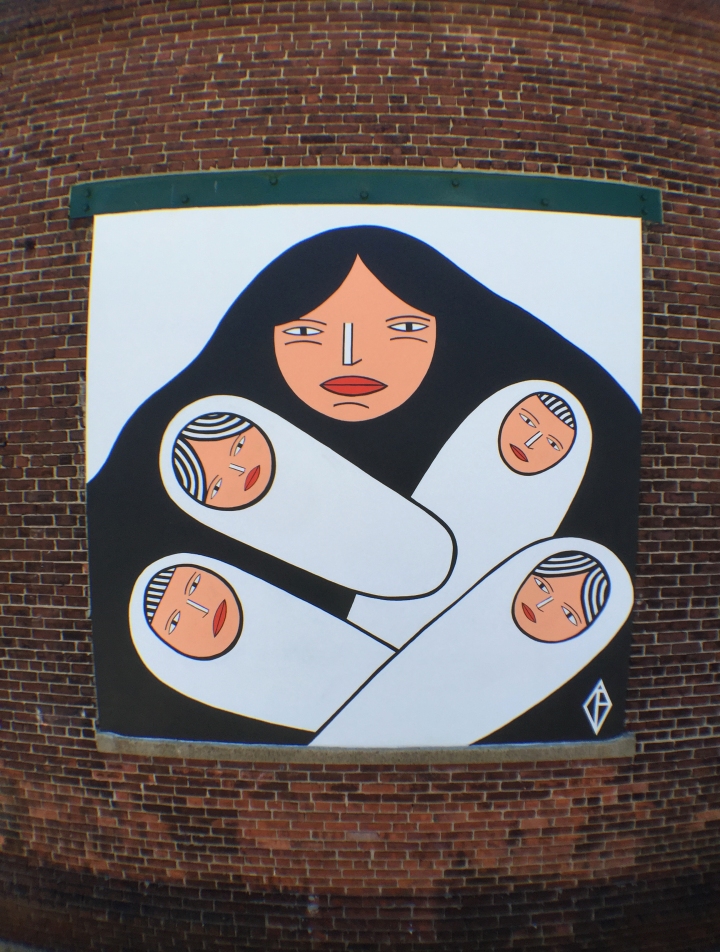 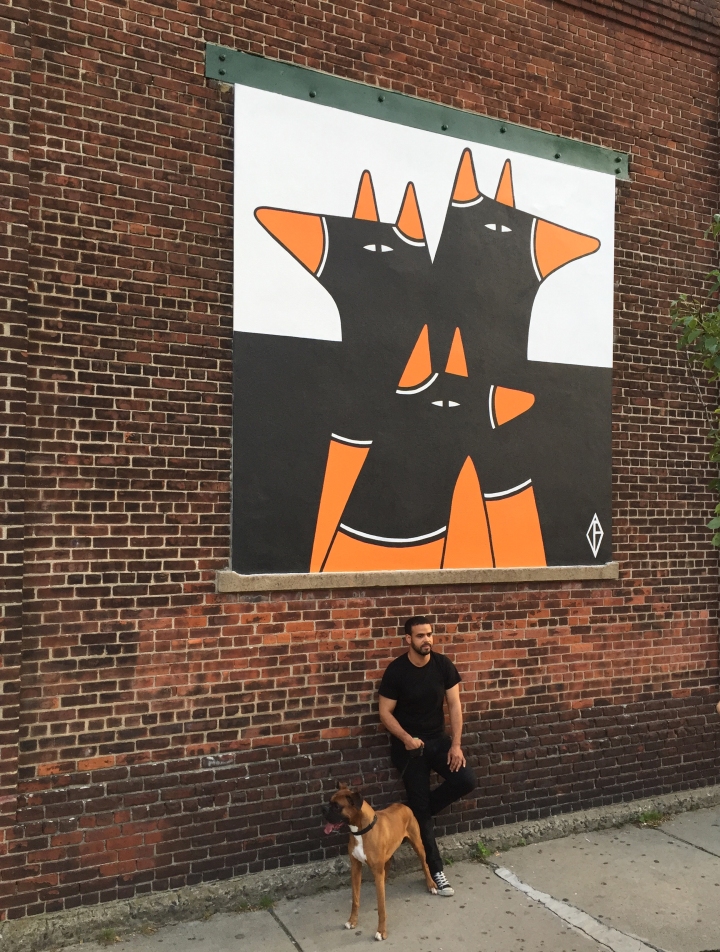 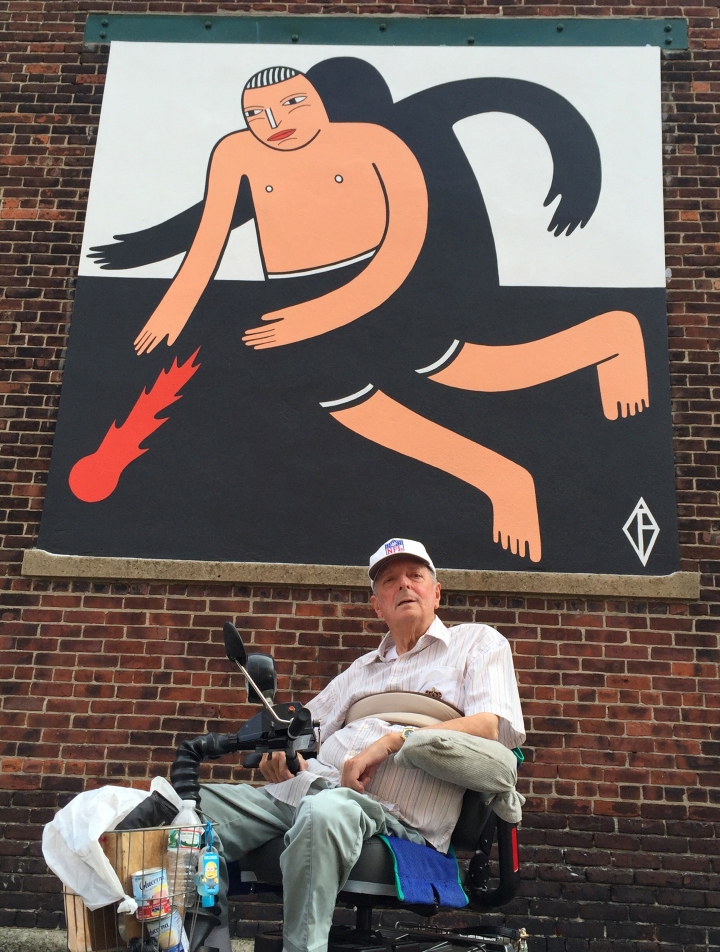 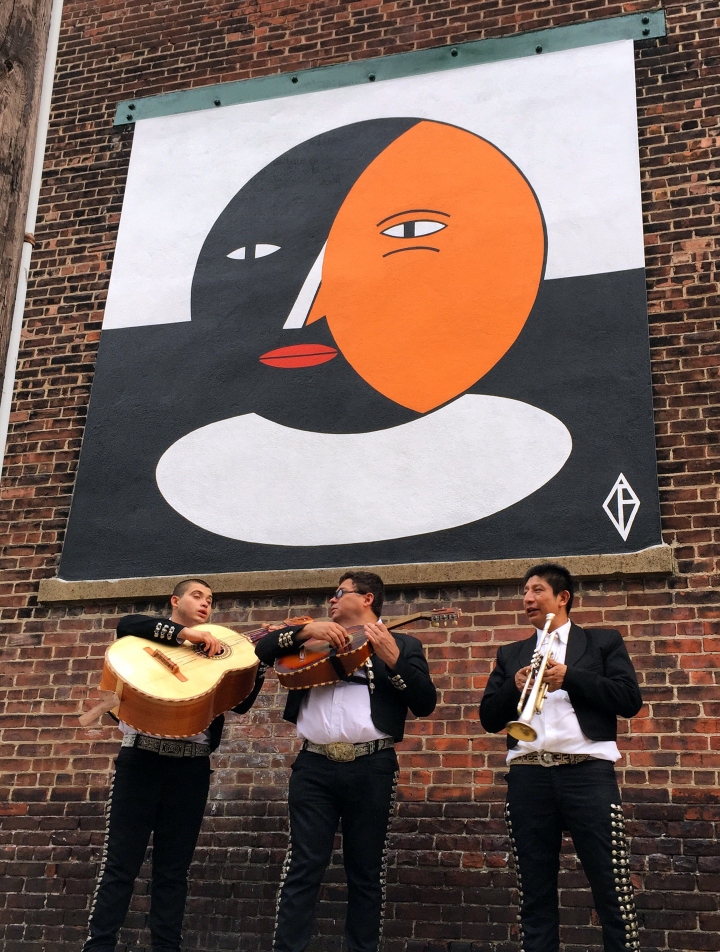 Here’s a quick peek into their process:

GETTING THERE: From Port Authority, just hop on a $3 “gypsy shuttle” at Port Authority (very safe), and ask the driver to drop you off at the Union City Post Office stop. See? Easy! The murals are just a short walk from there:

I’ve heard rumors about a Summer Block Party in the works, and considering it’ll be in Union City, Little Havana, you know it’s going to be a fun time!

*Photos at the top of the post were taken with an Instax mini 90 Neo Classic.