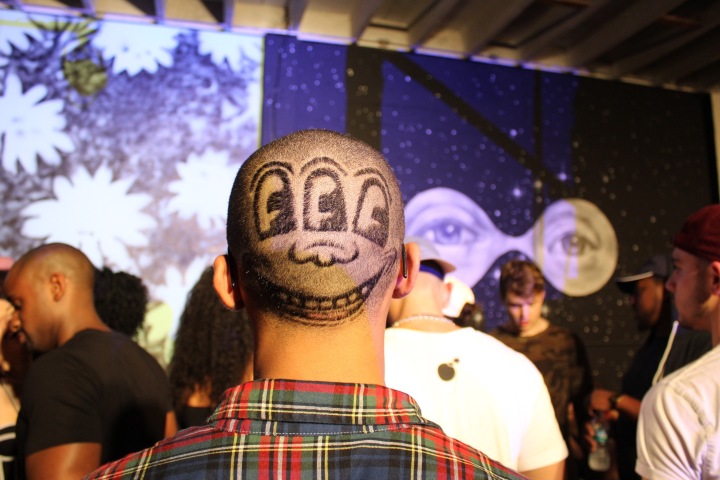 On Friday night of the Miami Art Basel week of mayhem, the heart of Wynwood is throbbing with the sounds of Pusha T, DJ Esco, and A-Trak. The night before featured a concert by Alicia Keys, and the following and final evening would culminate with a performance by DMX. Not only is this an unusual lineup for Art Basel, but the exhibition that the concert series accompanies is a first for Miami’s international art fair. In between the Rubell Family Collection and the giant white tent that is Art Miami, Swizz Beatz has organized another type of family collection at Casa Bacardi, one whose sole function is to take care of its artists. Amidst the sea of dancing bodies, Swizz took the stage to announce what “No Commission” is all about:

“this is the only thing going down in Basel doing this! All the other shows, the galleries win. The collectors win. And the artists have to find their way home. But what we’re doing in here, we create our own art fair, our own concert, and the artists don’t gotta find their way home, because they’re being taken care of 100% and they’re gonna do it real major!”

Unlike the booths at the main fairs, “No Commission” provides free walls for artists to exhibit and like its title suggests, takes no commission from sales.

This isn’t Swizz’s first time making a dent in Art Basel’s 3-day program (he curated a selection of artist’s works at SCOPE last year), and it looks like the dent is leaving a global impression. “We’re doing something everywhere around the world. We’re going to the Middle East. We’re going to Africa, we’re going to India, we’re going to Europe, Asia. We’re going everywhere. Everywhere we can discover art and creativity, Dean Collection and No Commission will be on the ground, changing the tide of the whole situation.”

Finally, someone is changing the rules. With his high-profile platform and influence, Swizz Beatz is the perfect catalyst to shake things up in the artworld. While it may not completely alter the centuries-old business model of some of the top galleries, this initiative is providing a new way of thinking about the roles artists, gallerists, and collectors play in the art market; and it’s putting artists back on the top.

Below are a few images from Friday’s festivities: 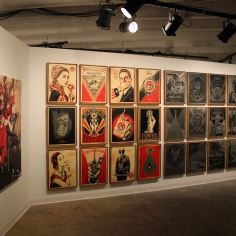 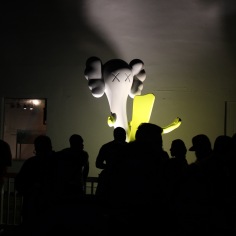 People dancing in front of a Kaws sculpture from The Dean collection. 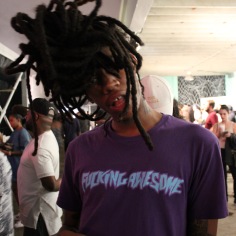 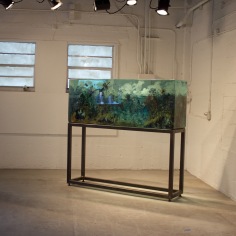 One thought on “Swizz Beatz is changing the artworld, one art fair at a time”