Summer may be over, but with the onset of Fall comes the multitude of art openings, auctions, and art fairs! Ok, ok, there’s really no vacation from the fairs, but Fall really means a renewal of energy for the New York art world.

Europe has already been very busy with Frieze in London and FIAC in Paris, as well as the upcoming Paris Photo. And while most of the artworld was either selling or buying art in Europe in October, I was in Venice checking out the last days of the Art Biennale, which officially ends on November 22nd.

For those who’ve been to Venice but never attended the Biennale, I would recommend a trip- it’s worth going. However, be sure to stay for at least a week, because there is much more to see in Venice than what is in the Giardini and Arsenale (far right in the map).

As there is no grid in Venice, navigating the streets is pretty similar to walking around the Lower East Side or the West Village, but narrower, and with more people bumping into you. That being said, the best thing to do is get lost and take in everything! Below is a selection of photographs from my trip: 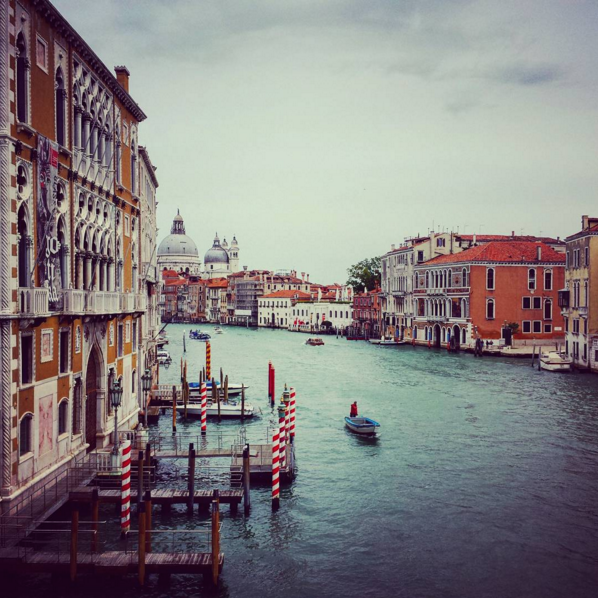 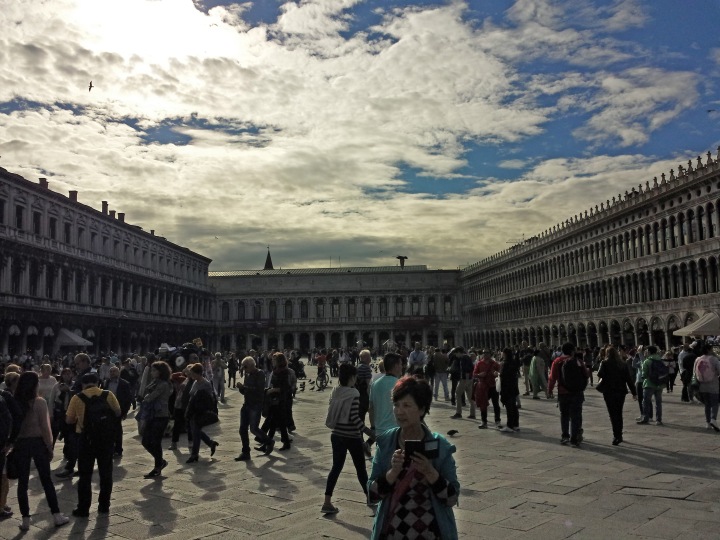 Perhaps James Turrell was inspired by these Venetian skies? 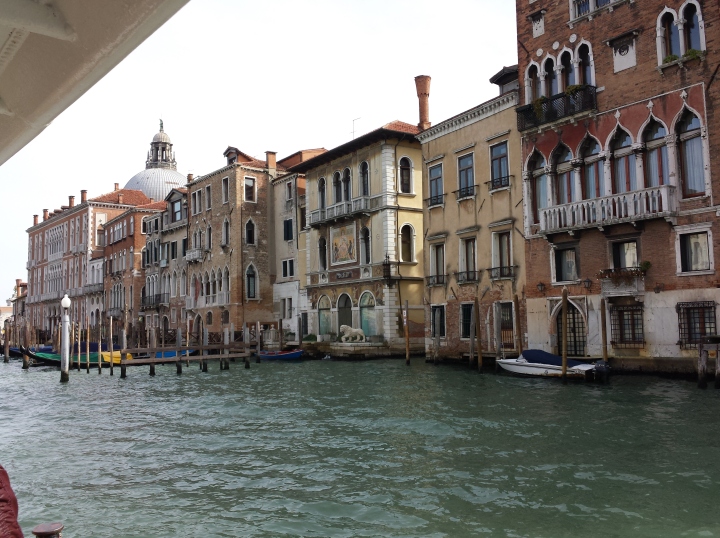 In an homage to Igor Mitoraj, who passed away last year in October, Contini is currently presenting extensive exhibition of the Polish artist’s work created throughout his lifetime that coincides during the Biennale. The last day to view the exhibition is November 3oth. 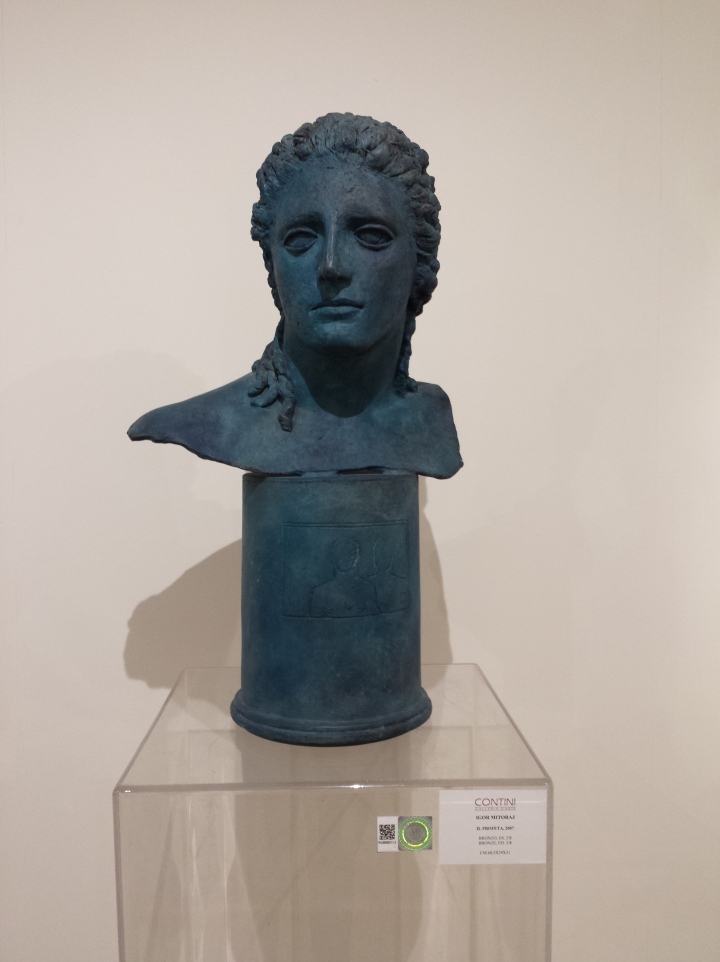 The gallery continues upward with several floors of fascinating contemporary art, including the work of Enzo Fiore who incorporates roots, dirt, and insects in his art! Had I known about him before, I would’ve included him in my bug post!

Reminds me of Vik Muniz‘s work. 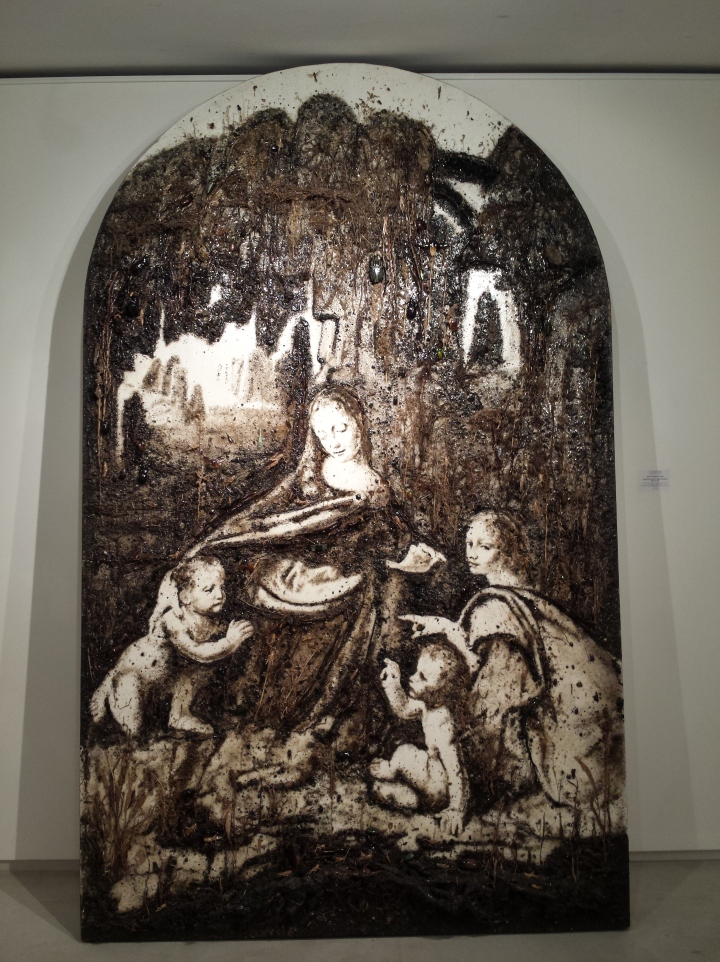 I love the sculptures, very zombie-like. Actually, the ‘zombie’ analogy is not so far from the ideas behind Fiore’s work. Standing in front of his artwork, it is impossible to steer away from thoughts of mortality, decomposition, and how in the end everything returns to nature. 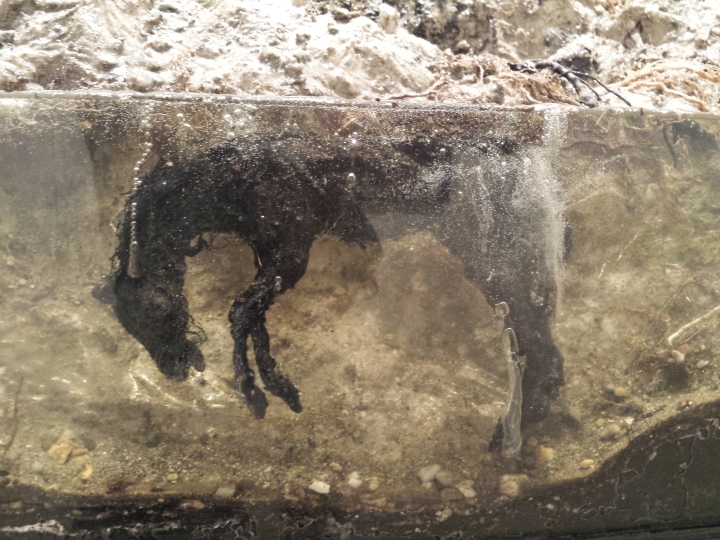 where there is a great exhibition on Proportions: 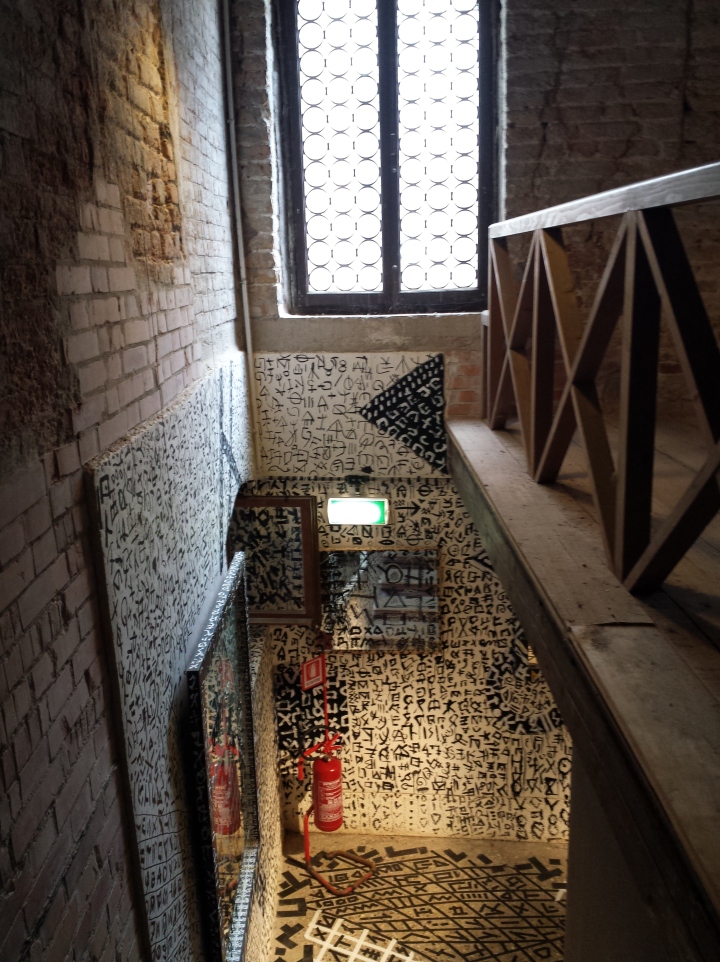 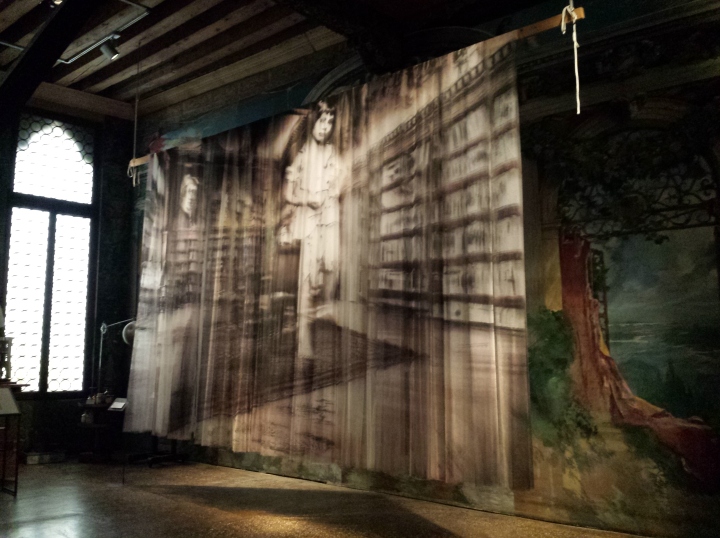 Above is Izhar Patkin‘s work, which I had the good fortune of seeing in his studio in New York before he presented it in Venice. Below is an image of him installing it: 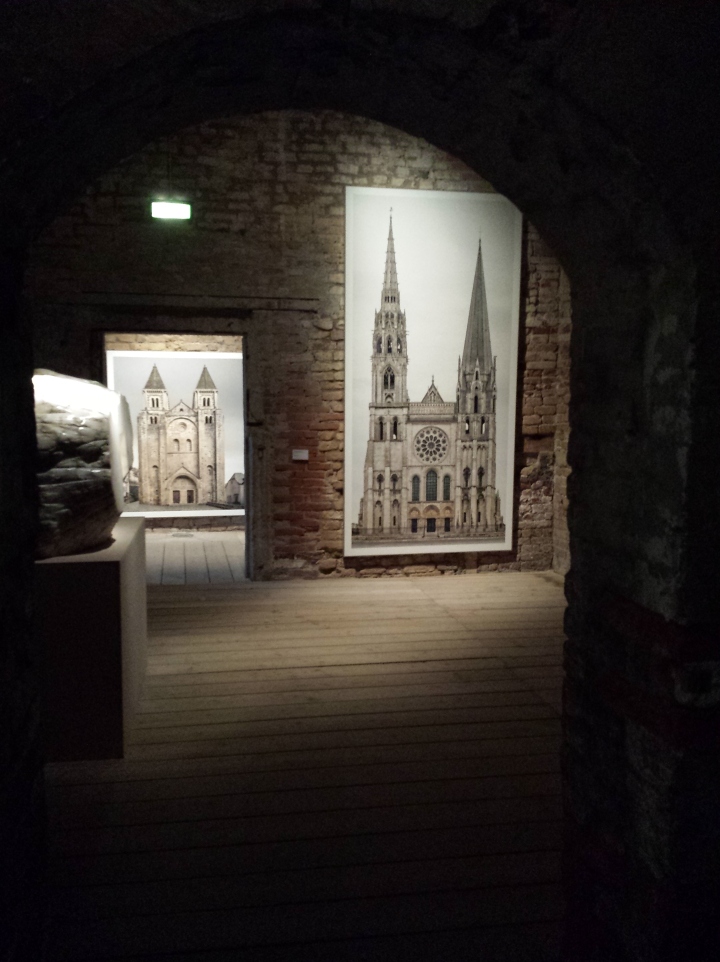 I love it when I find art that I’ve already written about here. Remember my post about photography from AIPAD? If so, you’ll see why these photographs above are so familiar- they’re by Markus Brunnetti, who photographs Europe’s most famous cathedrals from a frontal perspective.

Next Stop, The Arsenale.

There I had to fly through the 56th International Art Exhibition, titled All The World’s Futures and curated by Okwui Enwezor in about an hour (I’m telling you, I had very little time). It was a little heavy, to tell you the truth. The theme was basically war, and every artist included in the show interpreted it in very different ways. However, with a theme like that, it’s a challenge to be anything but serious: 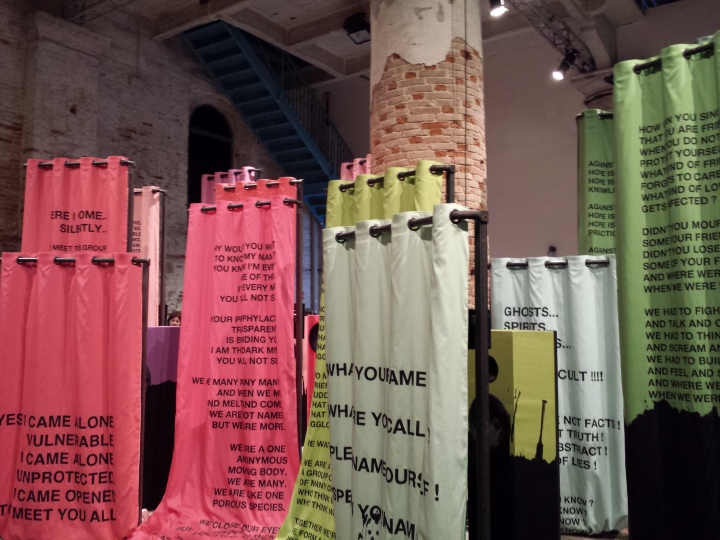 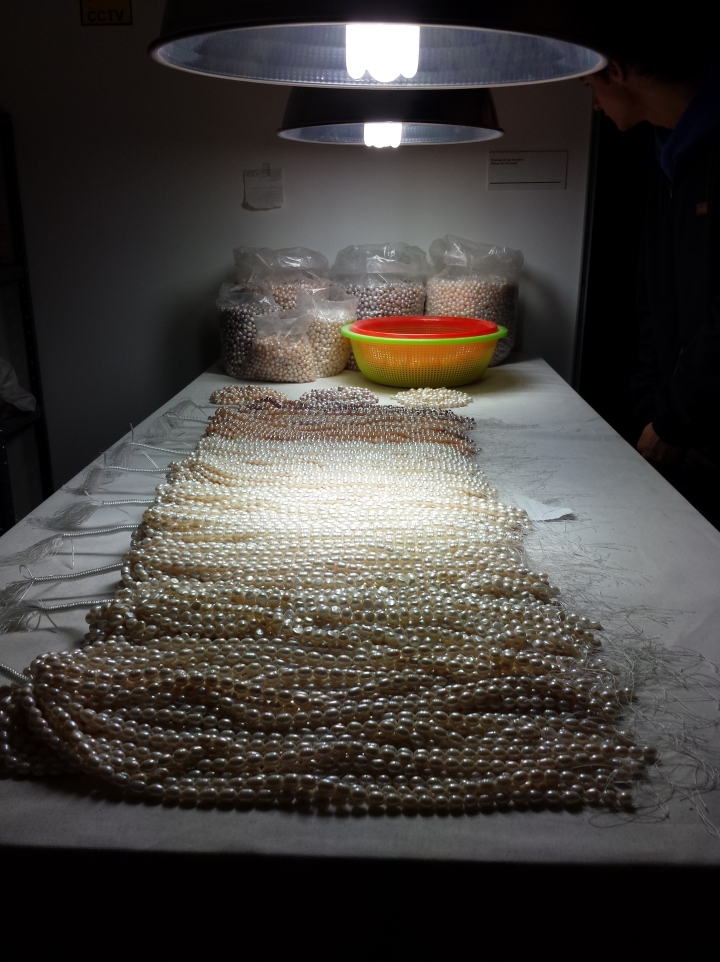 This piece, which is a large grouping of digital portraits reminds me of El Anatsui, who incidentally won the Golden Lion Award for “Lifetime Achievement” at this year’s Biennale! 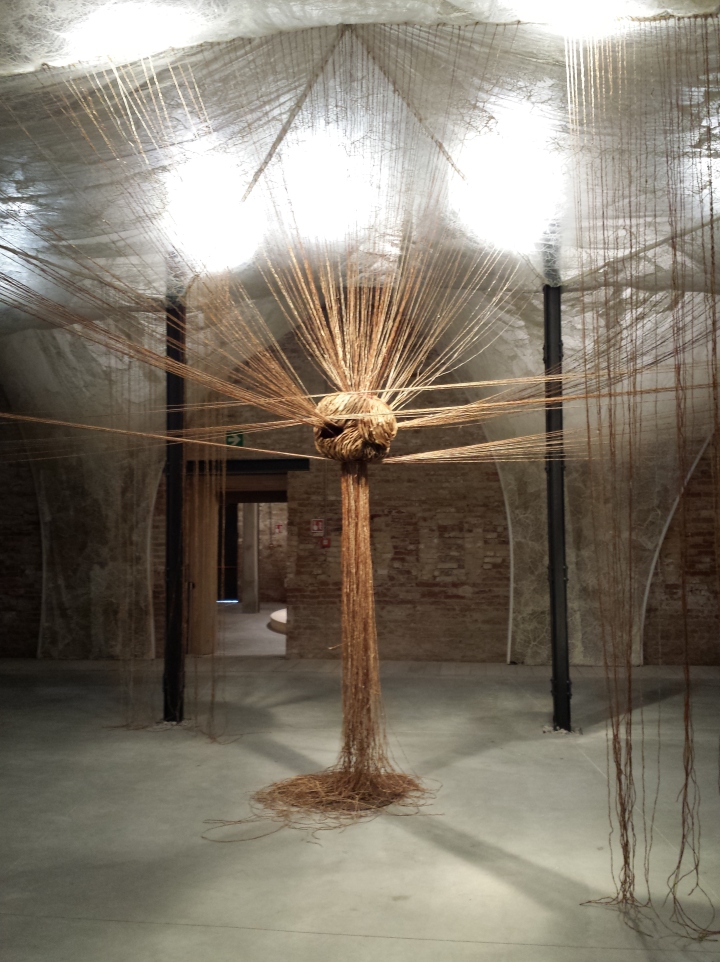 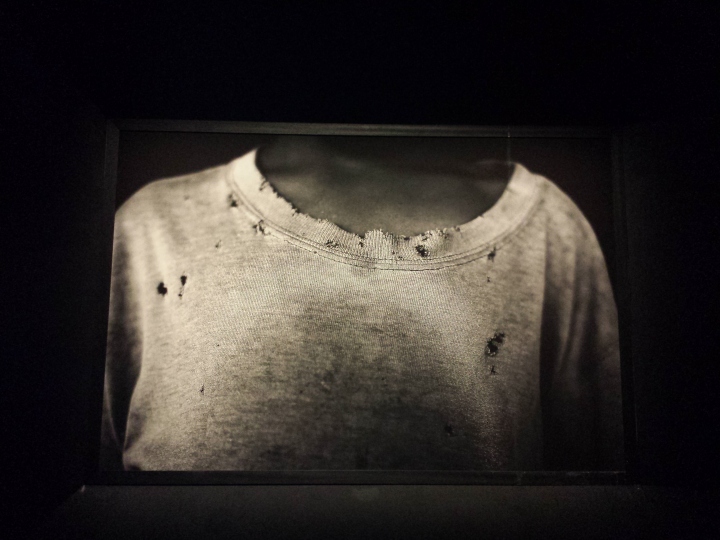 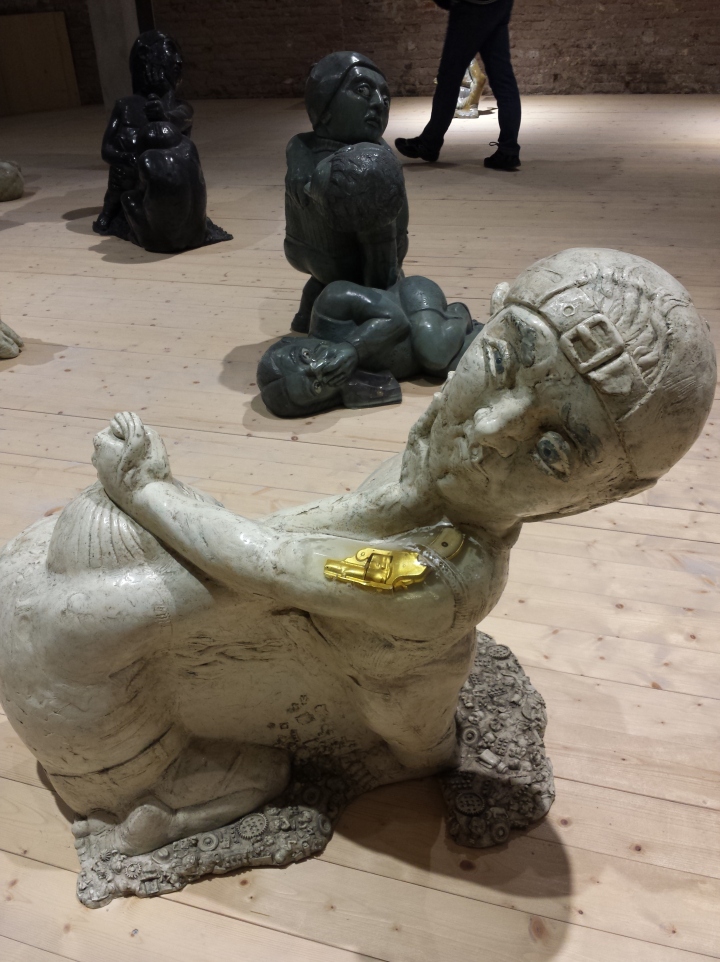 The exit is lined with this artist installation.

The best time to visit Venice and the Biennale is at the beginning in May, however the crowds may be thinner in November. Nevertheless, I would suggest at least a week to take in everything this city has to offer. Maybe two, because besides the art, there is the architecture, there are the nearby islands to visit like Murano, and there is great shopping!

I will leave you with a few more images of Venice to end with:

Until next time, Venezia…

4 thoughts on “Art in Venice”