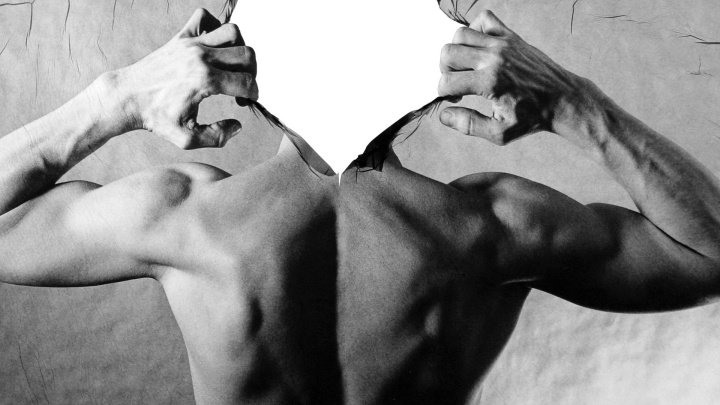 In my last post, I presented two images, one by Massimo Vitali and one by Dean West. 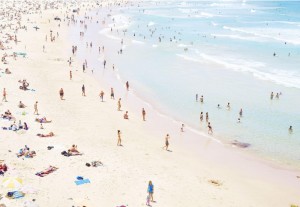 They look so similar, except that there is a clear difference in monetary value, since one of the works sells for $20k more than the other. So which one was by Massimo Vitali? If you chose the one below, then you were right:

The difference in the two photographs is the use of high intensity contrast. Vitali uses this technique to render the people in his images as artificial additions to the natural landscape. In West’s photograph, the people are part of the landscape. Anyhow… let’s go on to our next art fair:

I just went to AIPAD at the Park Avenue Armory last Thursday (it was open until 6pm Monday), and I have to say that I enjoyed it more than the Armory Show (which is not at the Armory, but at Piers 92/94). This might just be because the art on display is all one medium and exhibited in a smaller venue. Whatever the reason, I was blown away. What these artists can do with photography is awe-inspiring. At the show, there was a focus on innovation, new artists’ work, collage, and fabrication. I tried to walk down the aisles quickly and only stop by the booths that caught my attention, but I ended up stopping at nearly every booth. As luck would have it, my phone didn’t have enough storage space to let me take photos, so I took notes instead. Below are some works that stopped me in my tracks:

How he does it: Abelardo Morell has been fascinated by primitive photographic techniques which, paired down to the bare minimum, is just light passing through an aperture to project an image on the opposite wall. His beautiful camera obscura photographs experiment with the traditional pin-hole set-up by adapting tents so that he can photograph outdoors.

How she does it:

LeMay’s innovative technique is a lengthy process during which hundreds of photographs are taken and light and visual properties are attuned. She then assembles one detail at a time in a painterly fashion to form a single composition.

How he does it: In order to capture the context of the natural landscape and the effect of the passage of time, sometimes expedited by human intervention, Beltrá photographs from the air. “The unique perspective of aerial photography helps emphasize that the Earth and its resources are finite.”

I thought these were fabricated constructions made from various cathedrals, but according to his website and his gallery’s website, they’re true representations of the buildings:

Since 2005 Markus Brunetti has set out on a long journey through Europe that is still going on today, capturing the continent’s most famous cathedrals, churches, and cloisters in his photographs such as the Notre Dame de Reims, Catedral de Burgos, Frauenkirche Dresden or Santa Croce Florence from a frontal perspective, but he also discovers gems such as the village church in Cortegaça, Portugal, shown here with its Azulejos (blue tiles), which he photographed with the same devotion and attention he gives to its more famous “big” sisters.

Lucien Clergue’s work is so beautiful, and although it seems out of place among the other younger photographers’ work that I featured, his photographs are timeless- and I had to mention him. It was nice to see an homage to Clergue at Robert Klein’s booth, since he passed away at the age of 80 last November.

This artist reminded me so much of Dustin Yellin‘s work, which has been on my mind lately, although he uses a completely different technique. Michal Macku has been working with a technique he came up with since 1989 called “gellage”:

The technique consists of transfer the exposed and fixed photographic emulsion from its original base on paper. This transparent and plastic gelatin substance makes it possible to reshape and reform the original images, changing their relationships and endowing them with new meanings during the transfer.

I actually really love his photo manipulations more than his multi-layered glass sculptures like the one above:

So beautiful!!   Other photographers whose names I must mention, because I love their work are:

And one of my favorites, Sally Mann.

I’m loving photography so much, I’m looking forward to seeing a LOT more of it at Fotográfica Bogotá in May.

Make sure to check in!

One thought on “Eye Opening AIPAD”